White Coppice Cricket club is in the small hamlet of White Coppice. The area was once home to a large mill and also has some very unusual features nearby.

Firstly, the cricket club provides access to the moors around Heapey and Rivington. Just above the ground is one of the UK’s only creeks. This runs down the hill and is worth a visit.

There is also a remarkable panorama from the middle of the pitch, surrounded on all sides by steep sided hills.

The club was originally established back in 1875, though it hasn’t always been a smooth ride. Several years ago, the club came under serious threat of closing down, though over the last 3 seasons, a new committee has worked together to rebuild the club.

In 2017, we had the unusual accolade of losing every game – in fact, it was part of a 33 game losing streak, that needed resiliance from everyone involved with the club. At the same time, our second team folded and at one point, we were only able to field 7 players for a first team game – the official minimum.

In some cases, the club had no choice but to field non-cricketers just to take to the pitch. That included an ice hockey player, a 42 year old cricket debutante, a 13 year old and nearly one player’s 72 year old Dad.

However, it proved a turning point and an opportunity to refocus on rebuilding the club..

In 2018, we managed to field 11 players for every game – sometimes we still had to rely on including non-cricketers.

In 2019, we not only fielded 11 players every Saturday, but we launched a Sunday team, which also fielded a full 11 for evry game.

In 2020, having now repaired the ground and the equipment, we are looking to the future with great confidence.

Come and be part of that new story.

We currently have one full time umpire, though we are always looking for others.

You may be starting out on your umpiring journey, retiring from the game to officiate or just getting back into cricket the difficult way! Let us know and we can look at getting you involved in our games. 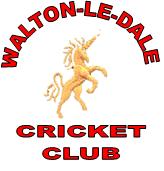 First game of the season against Euxton CC. #cric

As we await the commencement of the new season, th

The pitch held up well this season, but that's pro

Tonight is the end of season Sportsman's Dinner. M

Last game of the season today against South Shore.

Today's game is away to Whittingham and Goosnargh.

Remarkably he has done it again. Following a hat-