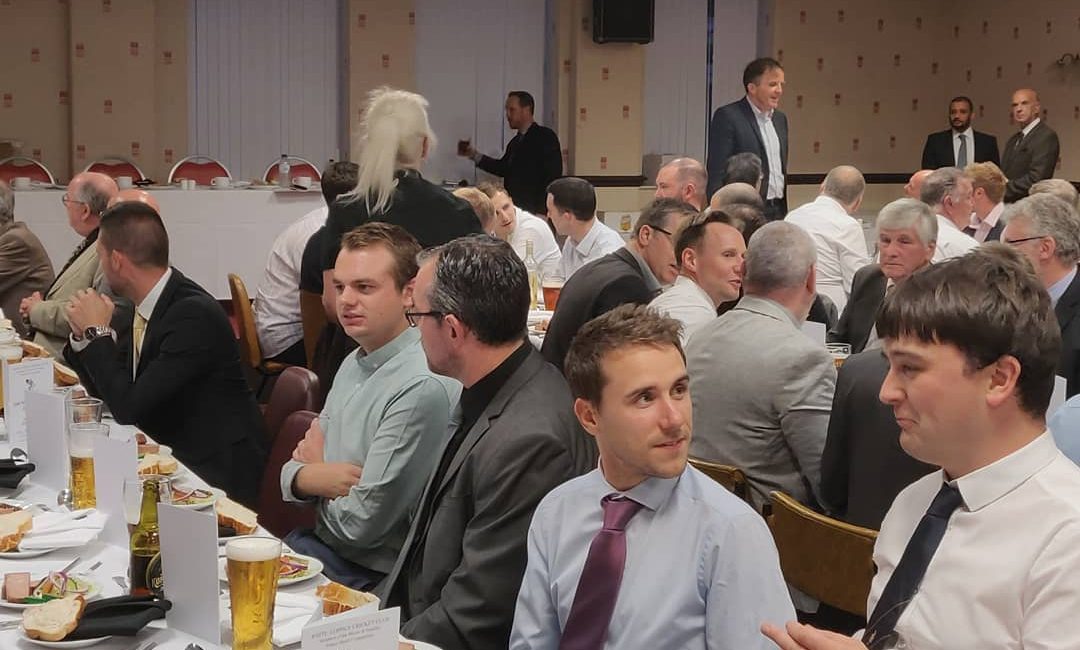 In October, once the season had finished, we held our annual Sportsman’s Dinner, which was well attended again.

With guest speaker Curtis Woodhouse, who is both a former Premier league footballer and UK Champion boxer, we were entertained with some great stories about his varied career, but also plenty of inspiration. Curtis is almost unique as a public speaker, and many of us left feeling both impressed and inspired by him.

After the speaker and comedian, we had a raffle and auction and overall the night raised around £1,000 to help support the club.